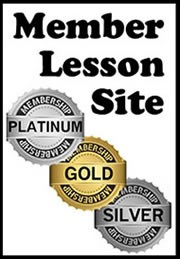 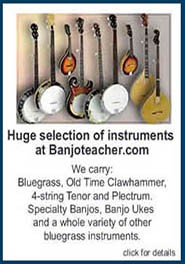 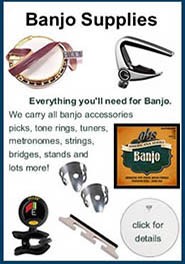 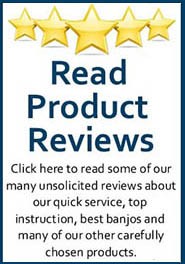 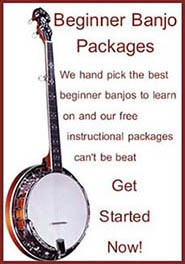 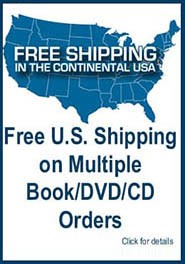 Hi Ross! I hope you are well, and weathering this viral storm we are facing! I just wanted you to k ...

Ross, received my RK 20 and just wanted to say the pictures do not do justice to this Banjo. This is ... 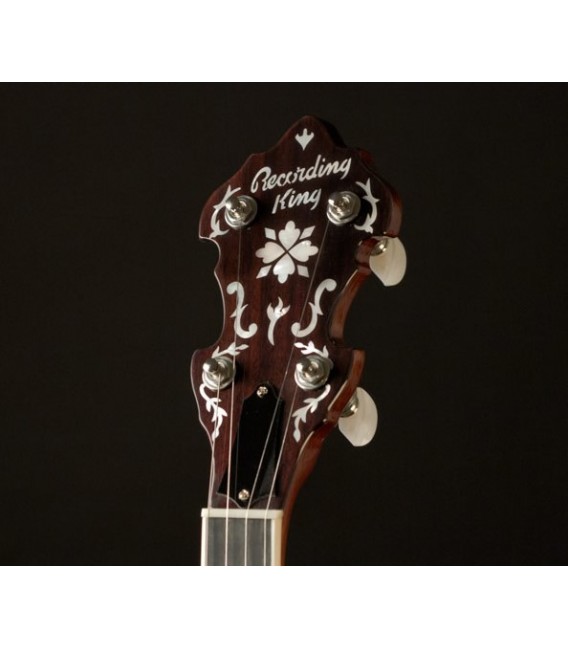 Hi Ross, I received the RK76 I had ordered, today. It came in perfect condition, it was even in tu ... 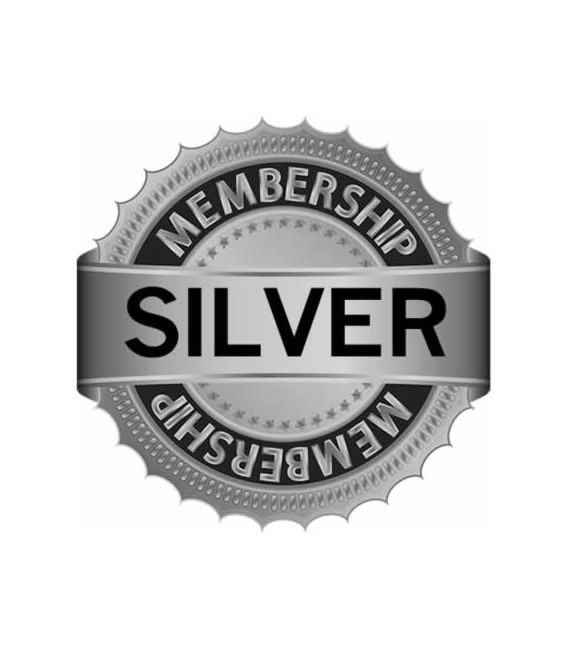 Thank You, your web site is great, I learned more today than I have for the last 2 months figuring i ... 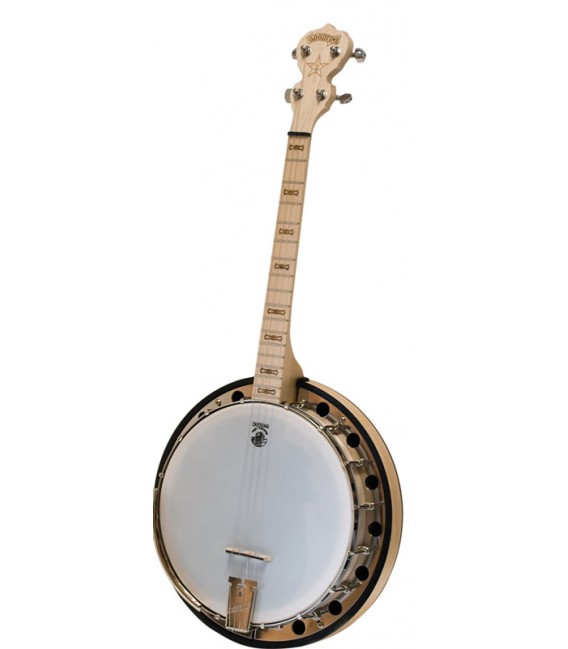 Hi Ross, - I got it today all safe and sound and I Love it thanks! Thanks so much again! - Joanne

Ross, just a note to let you know I received my Recording King RK76 today and your setup and shippin ... 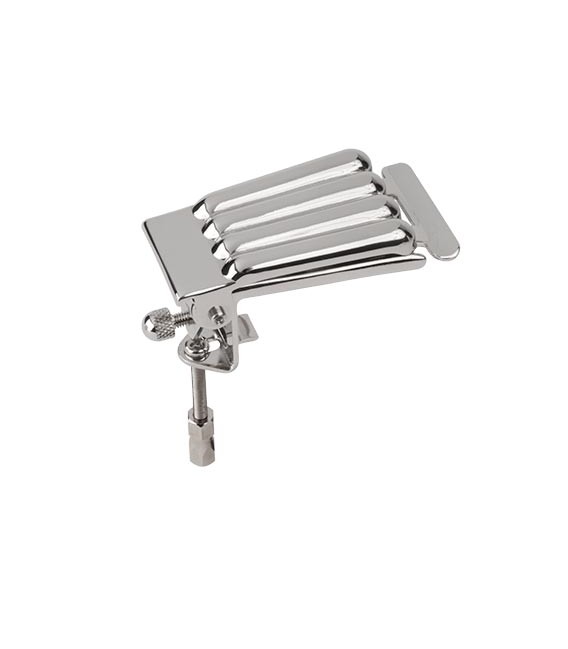 Received the clamshell tailpiece yesterday and installed it today. Looks and sounds like the origina ...

Q2. What banjo do you play at the moment?
I have a new banjo from an Australian banjo builder, named Peter Nahuysen. His company is called Bellbird Banjos, it’s a signature model he made for me. We are going to sell this model and several others in the United States and internationally. This one is made of African mahogany and has a real crack to it, we called it “The Cracka”. It also is significantly lighter than a standard Mastertone style banjo without any loss in volume or tone. I’ll have some video demonstrations of it at BanjoTeacher.com. They designed a special lighter weight tone ring, which is brilliant. Who wouldn’t want a banjo that sounds and works great, has volume but doesn’t break your neck. I just finished a one-month Australian tour and the banjo worked great. We are going to have several “Nick Kick” models, True Blue, The Cracka, Bushmaster and the King Brown.

Q3. What gauge strings do you use.
I use GHS 175’s, the Sonny Osborne signature set. They are heavier on the outside and lighter inside. The gauges are 11 12 13 22 11. These gauges keeps the stings more balanced, less flimsy with less over tone on the first and fifth strings. The lighter strings in the middle keep the banjo crisp without the dull thud of two heavy of a G string or an out of balance too thick 4th string. If you see a set in the music store that has a 10 gauge on the first string and a 16 gauge on the third, that is what I am trying to avoid.

Q4. Do you play with a high/low/medium action
Higher action is best for playing live and playing bluegrass in general. When you play live or with others and volumes increase you need the higher action so your strings don’t rattle or become flimsy Also, most players instinctively get more aggressive in live situations and the higher action helps thwart off any over squeezing from the left hand as well. The other reason for higher action is so when you capo, the banjo still has volume and room to get in and do pull-offs etc. I don’t mean an inch high action, but plenty to achieve what I mentioned. It’s been my observation that a lot of banjos would sound better if they got the action up. If you want to add punch in your playing, raising the action could help.

Q5- 10. Your FIVE favorite banjo players
I guess the same as most everyone else, Earl Scruggs, JD Crowe, and Bela Fleck, Ron Stewart and Steve Huber get great tone and I like the notes they play. Sammy Shelor has popularized and influenced a generation of pickers through his abilities and recordings, Ron Block too. I think Scott Vestal is a great banjo player. I like inventive players like Scott who can mix styles, have lots of versatility with good command of the “4 T’s”, timing, tone taste and technique, There could be more players like him out there I reckon. Tom Adams gets great tone and pop, I guess like I said, I like the same ones everyone else does, what’s not to like about, good timing, tasteful playing, pleasing tone and creative fresh sounding licks.

Q11. Tell me about your Banjo Books, CDs and DVDs, and what were the books you learned from?
My Beginning book that includes two CDs and DVD is very comprehensive. The Book and DVD really break down in detail many important aspects of learning banjo. I really wanted to create a product that included all the things that come up with beginning students and also offer students insights and instruction on many important fundamentals that I had not seen, or weren’t available to me when I was learning. I have worked very hard at creating helpful, practical banjo instructional material. My book The Banjo Encyclopedia, “Bluegrass Banjo from A to Z” has a tremendous amount of instruction and information with a 240 page book and 99 track CD. I personally learned from the Earl Scruggs Book, Melodic Banjo by Tony Trischka, as well as Alan Munde and Bela Fleck tabs. My Books, CDs and DVDs focus on learning good technique and developing skills but they also specifically target things that I felt were missing from the books or “lack there of” when I was learning and teaching. I have a lot of experience giving lessons so I have seen first hand what students have the most difficulty with and I don’t waste any time in getting right to those issues. Obviously I am very tuned in to what I am creating and not learning presently from anyone else, but I tend to be very hard on myself so if I am recommending my own material, that means I am confident in it, I haven’t always felt that way, but like I said I have been working very hard writing and revising material, All of my DVDs are in high quality split screen, the CDs were cut in recording studios and my books have been edited heavily. The tabs are easy to read and include the right and left hand fingerings in most cases. and the books have lots of other detailed easy to use practical, to the point help for banjo students. I have self produced a lot of the material but I have four more books coming out with Mel Bay soon, even a book of Children’s songs. I just finished a book for another publisher of 28 Ralph Stanley songs that I transcribed and tabbed out. I also recorded a CD of the songs up to speed and then slow and medium to make them easier to learn. That should be released this year, 2009.

Q12. What is your second favorite instrument?
Electric guitar

Q13. ON YOUR RECENT UK visit what did you like most about the UK
The sense of humor

Q14. What did you least like .. apart from the high gas prices/weather/food/service ???
Traffic seemed to be a bit intense in the places I visited. ….where isn’t it anymore? And I couldn’t figure out why everyone was on the wrong side of the road??

>Q15. How is bluegrass doing in USA?
Seems to be doing very well, there is a whole new generation of young players. My generation is the second wave that took it up in the 70’s. It is amazing that the originators and folks that popularized this genre, a genre of music that is likely to be around for a very long time are still out there touring. Earl Scruggs is on the road now.

Q16. What’s it like being a rich successful banjo player???
You’re kidding?

Q17. Other hobbies and interests
Water, I like to be near the water, I have a canoe and kayak, and live near Niagara Falls, (well, on the river but not close enough to go over) I go to Nova Scotia in the summer and like to go to Florida or other warm water spot in the winter.

Q19. What do you least like about bluegrass & the banjo??
Tuning and the need to use a capo. When I play my solo show I enjoy having the freedom to not use a capo. I don’t have to tune very much or not at all in the whole set. However I also play in a bluegrass band and the capo is necessary to get the notes and tones you want in the Keys of A Bb and B. I suppose I’ve gotten fast and reliable enough with capoing but its still a pain in the arse…but a necessary one, so I do it.

Q20. Any advice for a Banjo Playing Beginner
Develop your skills and try to avoid learning to many songs. Become proficient at the elements of banjo playing that help you to deliver songs with good tone, some speed, in tune with good timing and then go about the business of building a repertoire. Also learn skills and techniques that apply to lots of songs so you can muddle through and improvise to the ones you’ve never heard. When you are playing with others, that happens more than others playing the songs you know well. You’ll get your turn to play the song you want to, eventually but only every 4th or 5th go round, so learn skills so you can join in on songs you don’t know as well quickly. >Ross Nickerson
BanjoTeacher.com