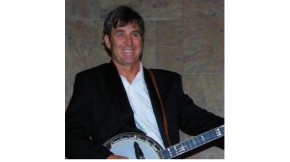 Testing the Differences between a Mahogany and Maple Banjo Neck

One of my students purchased a new Nechville Flextone banjo from me through my business Banjoteacher.com. He could not decide between a maple or mahogany neck so he had an ingenious idea that no one had tried before, HE GOT BOTH. With Tom Nechville's easily removable banjo neck design called the flux capacitor he could switch between the two necks easy. This article is about the differences we found between two identical banjo necks, one made of mahogany and one of maple, then switched and tested on the same banjo.

On Friday, I recorded a couple of songs on the Nechville Flextone using the maple neck and then I put on the mahogany neck with GHS PF 150 strings, they appear to be about the same gauge as the original.  I adjusted the action to be very close to how it was originally. I then recorded the same songs again.  I didn’t think it would make much difference but it did....I’m attaching the four recordings. I’m also going to purchase a much better microphone.  The recordings definitely reveal some stuff I need to work on.

Hi Gary, I would agree that it is for sure mellower on the mahogany, but the 12th fret on Groundspeed really popped though on the maple neck.

There is no doubt that the neck wood has an effect on the tone. Maple makes for a brighter banjo with more sustain and Mahogany for a mellower sounding banjo and often with a crack to it. In practical terms, what it boils down to is if you own a maple, sometimes you do things to make it sound mellower. For instance the microphone EQ, the type of bridge, head tension, things to mellow it out. Then on a mahogany banjo, if you prefer the mellower sound but you need it brighter in certain situations, you might find yourself making adjustments to brighten it, like a thinner bridge or slightly tighter head. I agree that all things being equal, in this case the mahogany sounded better when you were playing by yourself and on this microphone, but there are different uses for the two woods so give it some time. I'd play the mahogany for awhile since you've had the maple on it for awhile. Above, I put in italics the words when playing by yourself because this is another X factor. It's possible you might find the maple cuts better in a band situation, or other pros or cons with the two necks when playing with others and at home by yourself.

Recording yourself when practicing banjo
Keep recording yourself, you are so right that recording yourself exposes things you need to work on. It does for all of us and I would record myself a lot on an old cassette recorder when I was first learning. It also can serve as encouragement too, for instance I recorded myself early on and when I heard it, I thought, that's pretty good, I could get good at this if I keep practicing and have been playing ever since. Now a days for me, in the studio, you record stuff, then ask the engineer to play it back, and then you hear what you like and what you don't and redo it based on that. Live recordings of the band teach me a lot too.

More on Mahogany and Maple Banjo Neck Differences
You can learn to make or modify either of those necks to sound the way you like. Now that you have heard yourself on the mahogany and like it, it teaches you to find a way to pull that tone out of the maple. I bet the next maple recording you make will sound more like the mahogany than it did before you heard the differences that you liked. Don't think about what I just said and over try to make that tone, just play normally. It happens subconsciously and it is something that develops in your playing as your progress. It's one the reason why banjo players you hear on recordings are still distinguishable as THEM, no matter what banjo they are playing. 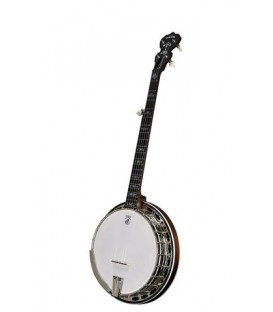 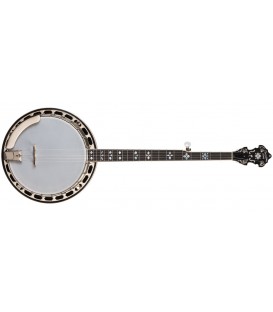 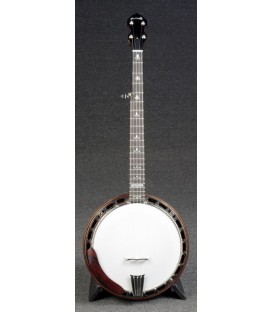